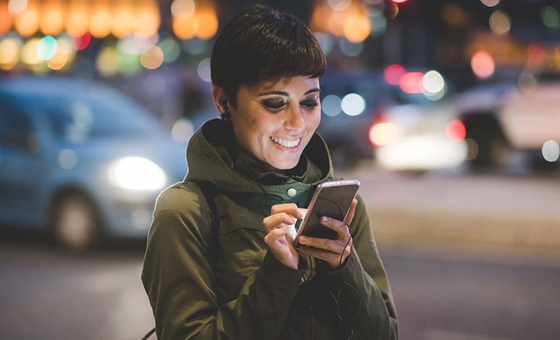 Social networking seems like a beautiful thing, and, in many ways, it is. We’re more in touch with our friends, romantic partners, and family than we ever have been, since, well, probably when we roamed the ancient earth in small tribes.

But it’s not a totally positive development. While we spend more time digitallyinteractingwith people, we spend less time than ever in real time and real space. And, as fun as your phone is, there’s nothing that can replace actual contact.

This is what inspired Join Me Tonight: the fact that being close to someone is a human necessity, whether you’re chatting them up at a bar and trying to get their number or punching a heavy bag with them at a boxing gym. This is probably one reason why a University of Pennsylvania study showed that undergrads who limited their social media time to 30 minutes a day were happier than people who didn’t.

Let’s look at some popular social networks and see how they can sometimes isolate people rather than bringing them together.

When Tinder was released, it seemed like basically everyone thought that it spelled the end of civilization. Media outlets released panicked articles and videos about how humankind was going to descend into a frenzy of meaningless casual sex, marking the end of society and coupledom as we knew it.

And, yeah, that didn’t happen. Tinder just made it easier to meet people—except that, in practice, relationships on Tinder often begin and end on your phone. Tinder users know this scenario very well: you match with somebody, talk and talk and talk, and then never actually agree on a date.

It turns out that Tinder can’t actually solve one of the problems of interacting with a new person, which is: it’s hard to know how to make the first move, or what you should do together. You ask someone if they want to do… something. They respond that they’re busy, but they might be free… sometime. In the end, nothing happens.

So, you just got home, and you log onto Facebook, and you want to talk to your friends. Maybe you want to grab a beer with somebody. The night is young, the world is full of possibilities, and life is good.

Then, you see someone on your timeline having a dumb political argument. You feel like you can come up with the brilliant remark that will win the debate, so you wade in. And, suddenly, ten people are mad at you. Two hours of your life go by. Now, it’s late, but you still want to hang out with someone.

You message the two people you know who live nearby. They’re both busy. Your attempts at being social have failed completely. You stay home all night, watching Netflix, feeling kind of lonely.

OKCupid is an excellently designed dating site that gives you a lot of insight into potential matches. But it’s possible that it provides too much insight.

Have you ever looked at the profile of someone pretty cute, who looks like they could be pretty fun, but there’s some detail in their long and novel-like profile that just doesn’t seem right? Maybe their tastes seem corny. Or there’s something weird about their politics. Whatever.

The truth about this person is that you could probably have fun with them in real life. If you just happened to meet on a dance floor, you could discover some unexpected chemistry. But, because you’re overwhelmed with information, you find a reason to not hang out with them.

What’s worse is that this has probably happened to you. Someone has looked at your profile, someone you might want to meet, but one or two details about you made them second-guess a potential connection.

Hang Out First, Ask Questions Later Again, these social networks can be great. However, they all have this problem: they promise to encourage real-life interaction, but they don’t necessarily. This is why we wanted to make a social networking app that starts with real-life contact, instead of a long conversation with your phone, or a research project about a stranger. We want you to use our app to just get in a room with someone and see what happens. Shall we?

Join Me Tonight VS…